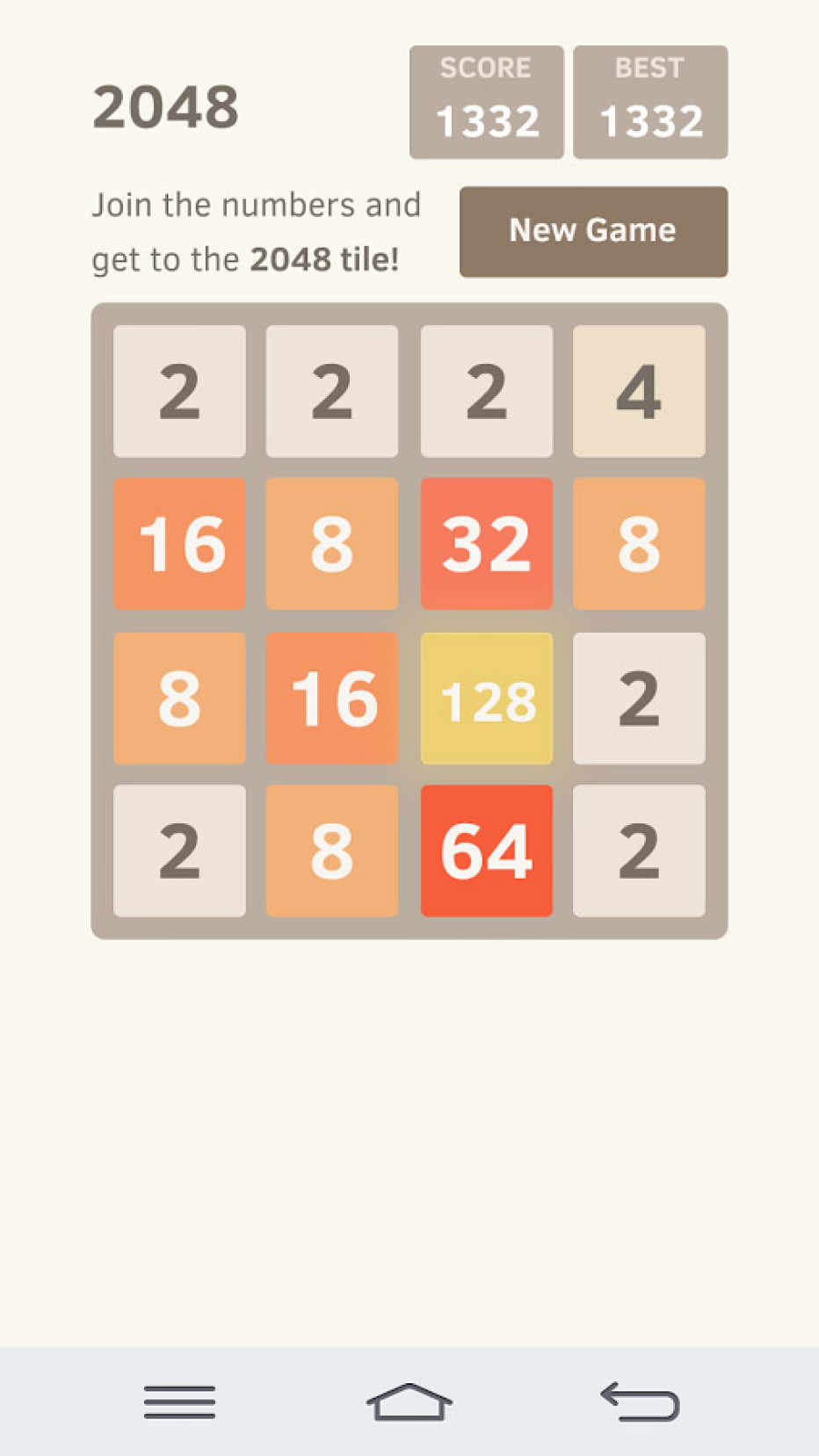 Extremely addictive number puzzle game 2048, which was originally developed by Gabriele Cirulli is now in Android with online leaderboard. You can login with Google+ to submit your score and compete other 2048 fans all around the world. You can also play in offline mode, in that case your score is not submitted to online scoreboard.

2048 game is played on a simple gray 4×4 grid with tiles of varying colors overlaid that slide smoothly when a player moves them.To move tiles left, right, up, and down just slide your finger to desired direction. If two tiles of the same number collide while moving, they will merge into a tile with the total value of the two tiles that collided. The resulting tile cannot merge with another tile again in the same move. Higher-scoring tiles emit a soft glow.Every turn, a new tile will randomly appear in an empty spot on the outer frame of the board with a value of either 2 or 4.

A scoreboard on the upper-right keeps track of the user’s score. The user’s score starts at zero, and is incremented whenever two tiles combine, by the value of the new tile. The user’s best score is shown alongside the current score.

The game is won when a tile with a value of 2048 appears on the board, when you merge two 1024 tiles. After reaching the target score, players can continue beyond 2048 and reach to 4096 or further. When the player has no legal moves (there are no empty spaces and no adjacent tiles with the same value), the game ends.