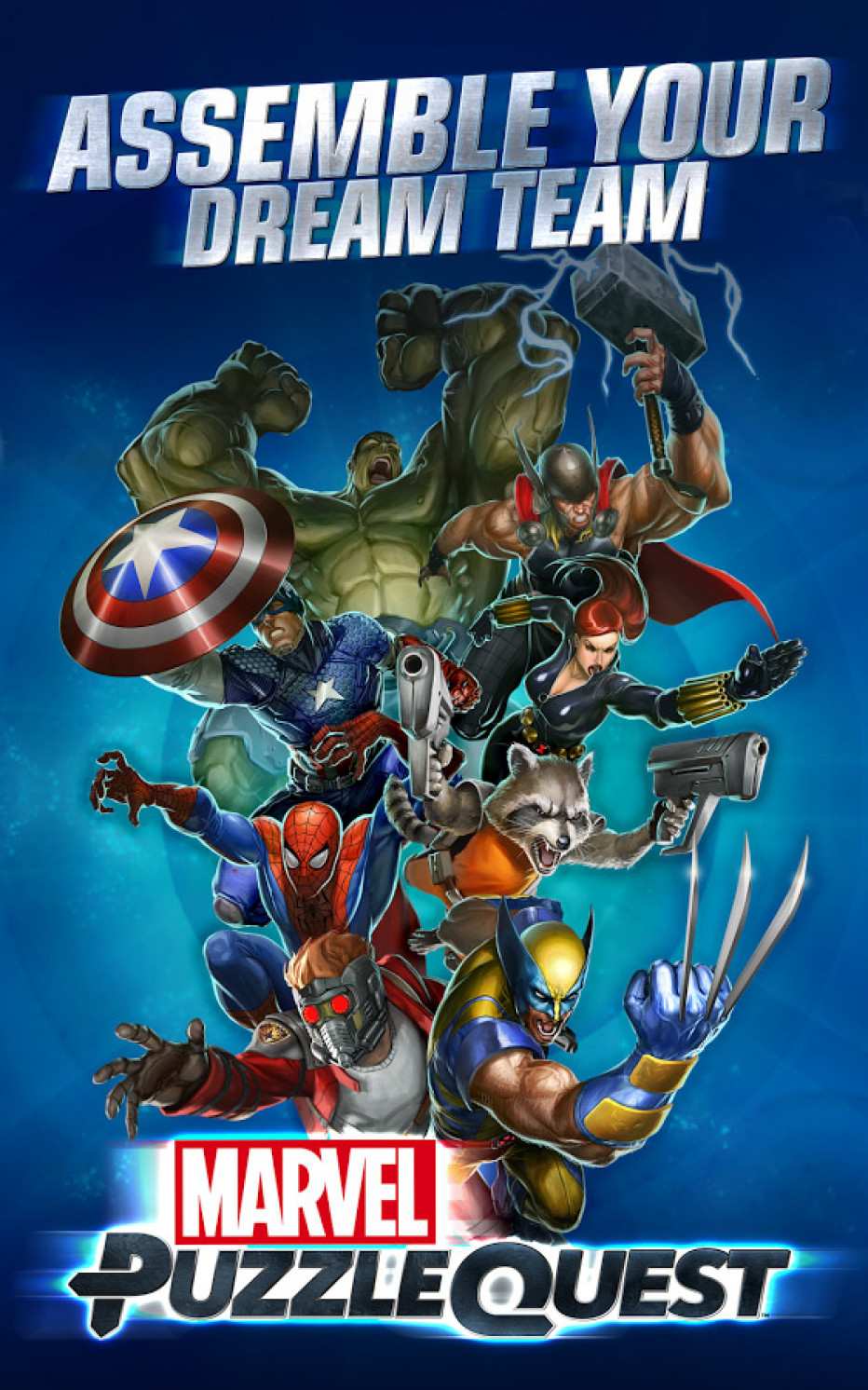 Join the Avengers as they battle for Earth in the all-new Marvel’s Avengers: Age of Ultron movie inspired event! Team-up with your Alliance and enter an all-new limited time mission against Ultron and his endless horde of Sentries. Recruit Iron Man, Thor, Black Widow, The Hulk, Hawkeye, and Captain America! Compete in tournaments and add all-new Avengers to your lineup: Quicksilver and Scarlet Witch!

The Marvel Universe comes to life in the original match 3 RPG: Marvel Puzzle Quest! Join the alliance in this unparalleled match-3 puzzle battler that combines your favorite Super Heroes and Super Villains together with deep RPG leveling, player vs. player tournaments, alliance building and more! Be one of the 5 million around the world and unleash your inner super power!

4 out of 5 stars from Touch Arcade!

9.1 out of 10 “An intricately crafted, remarkably deep experience — Marvel Puzzle Quest doesn’t merely meet the expectations of its name, it exceeds them.”

• MATCH AND UNLEASH FURY
Match tiles to annihilate your opponents, harnessing superpowers from Hulk’s massive strength to smash your enemies or Professor X’s mind control to manipulate the game board!
Become the ultimate match-three strategist by manipulating gems to power up, damage and bring even the most powerful characters to their knees.

• RECRUIT MARVEL’S GREATEST HEROES AND VILLAINS
Recruit members of the X-Men, Avengers, S.H.I.E.L.D., Guardians of the Galaxy and more to create the ultimate Marvel dream team! Whether you combine Spider-Man with his arch-nemesis Venom, or Captain Marvel with her Ms. Marvel successor, Kamala Khan, assemble your very own epic team!

• UPGRADE YOUR CHAMPIONS AND GAIN POWERFUL REWARDS
Harness the power of Iso-8 to upgrade your team and collect comics to unlock characters and abilities. Master and enhance your character’s abilities to pummel your enemies!

• PLAY WITH FRIENDS IN TOURNAMENTS AND MORE!
Snag the top rank in Tournaments, Alliances, and Season Play for new character rewards and other prizes!
Form alliances with your friends and use your collective power against other players in events. Gain valuable items in lightning rounds and other special events! Work out a strategy with your alliance via chat to fight in epic battles inspired by the Marvel universe that are updated regularly!