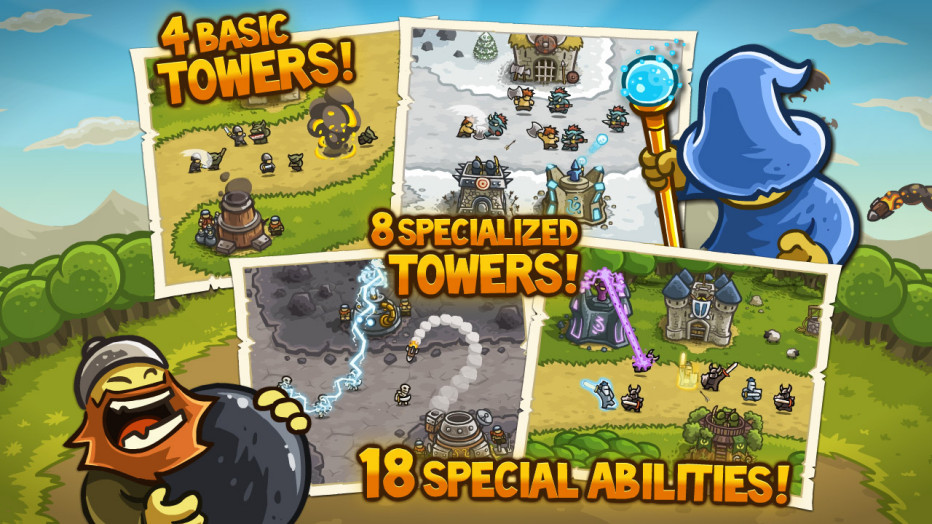 Kingdom Rush is one of the best tower defense games, which you can buy on the market. It will keep your attention for hours with a lot of nice moments. It will take you on an epic journey to defend your kingdom against hordes of orcs, trolls, evil wizards and other nasty creatures. You have a vast arsenal of towers and spells at your command to kill them all!

There are a lot of different terrains including forests, mountains and wastelands. You have to customize your defensive strategy all the time in order to keep up with the difficulty of each wave. Rain fire upon your enemies, summon reinforcements, command your troops, recruit elven warriors and face legendary monsters on a quest to save the Kingdom from the forces of darkness.

There are eight specialized tower upgrades to customize your strategy and over eighteen tower abilities. The game features over fifty different enemies, from Goblins to Demons each with their own skills. From time to time, you will have to fight bosses, which are very tough. There are over sixty achievements to unlock and the extra game modes will challenge your tactical skills to the limit. 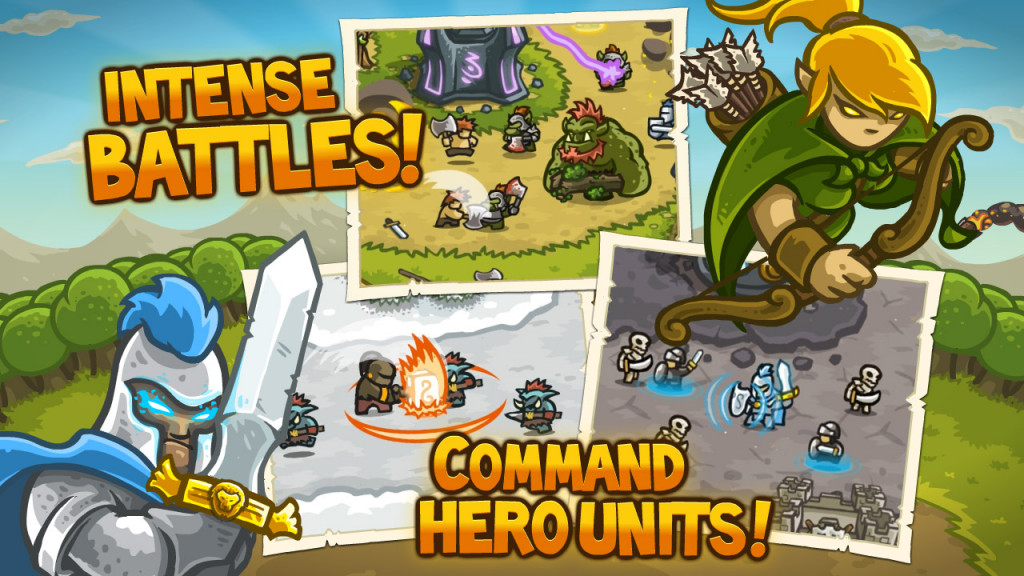 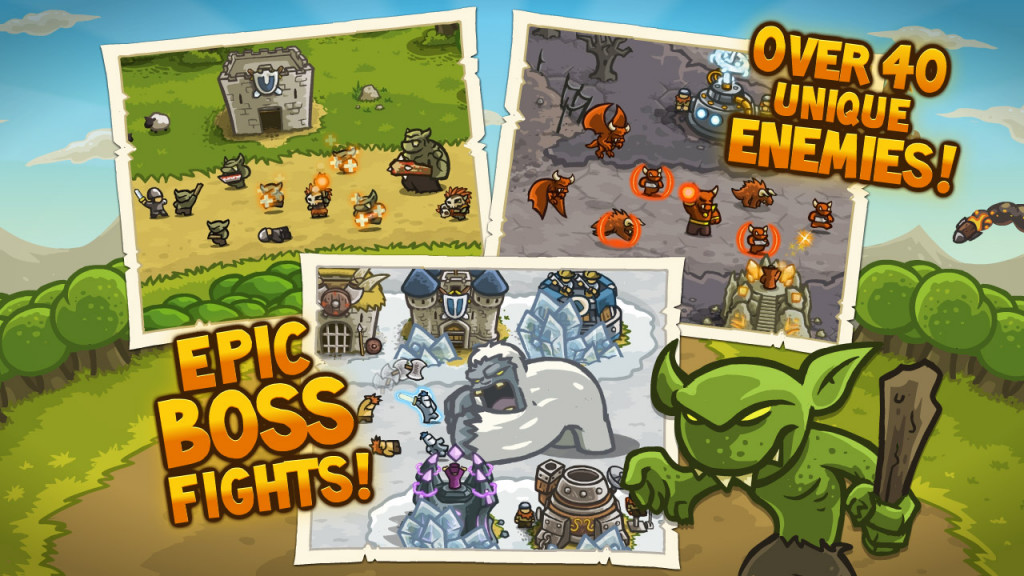 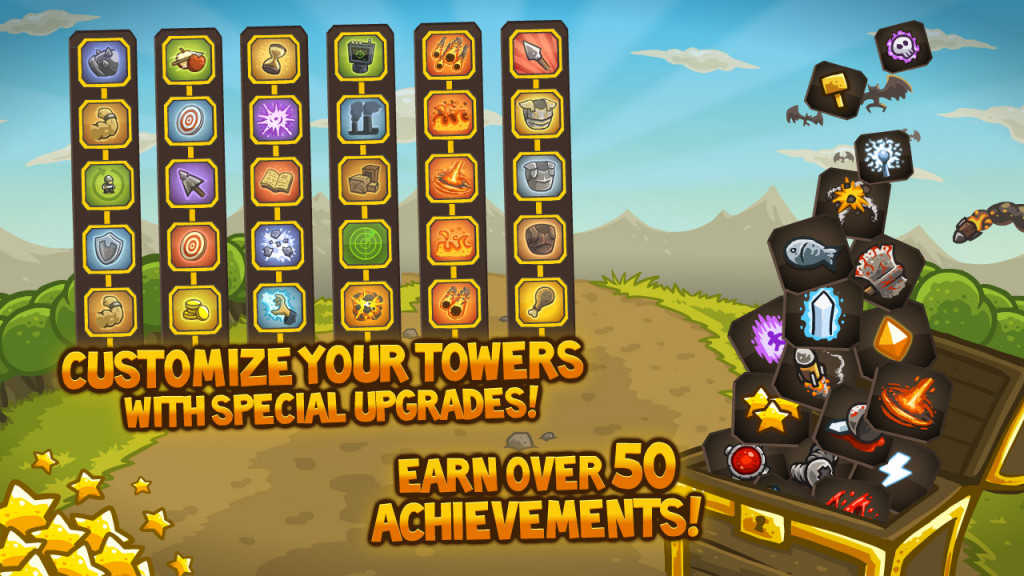 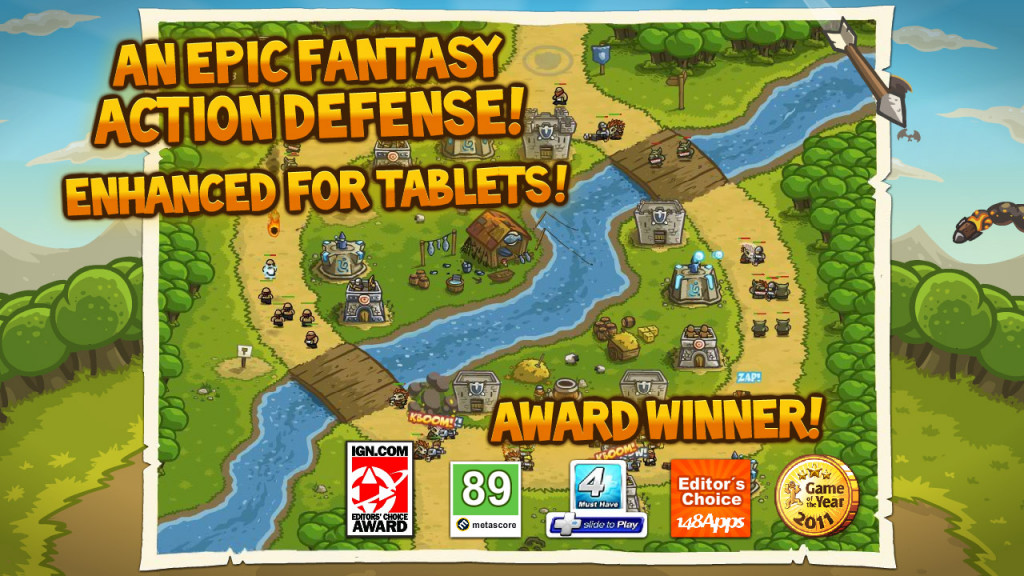